OK, so I have this thing where I loved the Legion TV series on FX so much, I can now only associate Dan Stevens by the character name David. As it happens, that’s also his character name in this movie, so they were headed for a positive review from the get-go. Dan-as-David does a great job of being creepy-cloaked-in-charming, and the film does a good job of not letting you figure out what’s going to happen next. Sure there’s a plethora of people making all kinds of bad decisions, but that’s basically a requirement for tales like this one. In the end, maybe not the deepest of psychological thrillers, but ample suspense to make it an enjoyable one. 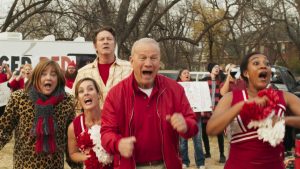