Skip to content
 3.5/5
Short Film Saturday! It is still Saturday somewhere, right?
This week’s movie is The Neighbors’ Window, the 2020 Oscar winner for Best Live Action Short Film. Written by Diane Weipert and Marshall Curry, directed by Marshall Curry, and based on a true story by Diane Weipert. The movie in its entirety is attached below.
I have to be honest with you, I didn’t realize it actually won the Oscar until after I watched it and I was more than a little surprised. So far, it’s my least favorite of the three nominated short films from 2020. That’s not to say it’s bad, it’s just not anywhere in the vicinity of being as powerful as Brotherhood or Une Soeur. Where those two movies grabbed me early on and kept me riveted, Neighbors’ bored me early on and it wasn’t until near the end I actually felt anything.
In a nutshell the movie is about a generic couple with kids who become obsessed with watching their neighbors’ lives unfold. The fucking, the partying, the living out loud stands in stark contrast to the seemingly beige lives of our voyeurs, They live their lives, with their kids and play dates and monotony of the ordinary against the backdrop of their neighbors’ sexy, fun lives.
Until one day the neighbors’ lives are no longer fun and sex filled.
In the end the movie does a wonderful job of humanizing the sexy neighbors and our voyeurs realize that their own window offered a glimpse into their own beautiful, messy lives of family and a love filled home.
Ultimately, it’s sexy, and heartbreaking, and very human. It’s a good movie.
It’s the only one on the list so far that isn’t a great movie. 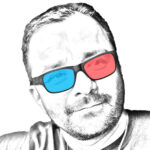 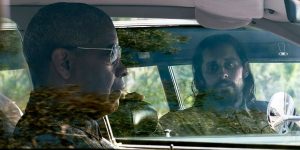